Brief History of Mozambique School of the Bible.

Mozambique has freely had the Gospel for only 24 years!

The Peace Agreement of 1992 ended the 17 years of civil war. and opened the way for missionaries to freely enter the country. Before the civil war there was a war of independence against the Portuguese,

Mozambique School of the Bible began when Rev Fred Buchler started working there in about 1991. He was soon holding seminars in the bush for the leaders of the Zionists Churches at the request of their Bishop. The book ‘No other man’ is his life story and copies are available.

At that early stage there were very few Bible Schools. All the Bible Schools were expected to give tuition in Portuguese and this is largely still the case.  This does not put the graduate in a favourable position when he has to preach and teach in his own language once he has gone home.   Reading books written in his mother tongue will help him to make this transition.

When Hedley Stead joined in 1994 he soon saw the need to provide text books that were in the heart languages of the people, instead of just in the official Portuguese. The character of the School then changed and included a publishing arm to translate and publish Christian books. The holding of seminars in the bush for the many untrained Pastors there has continued.

Additional Bible Schools have now been established, but the backlog is great and many more Bible Schools are still needed. It has been our privilege to visit many such places of teaching and other key institutions to inform them of the books that have become available. Copies of these books have been placed in the libraries of all the Bible Schools that we have visited. 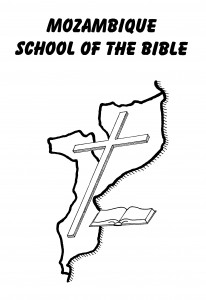